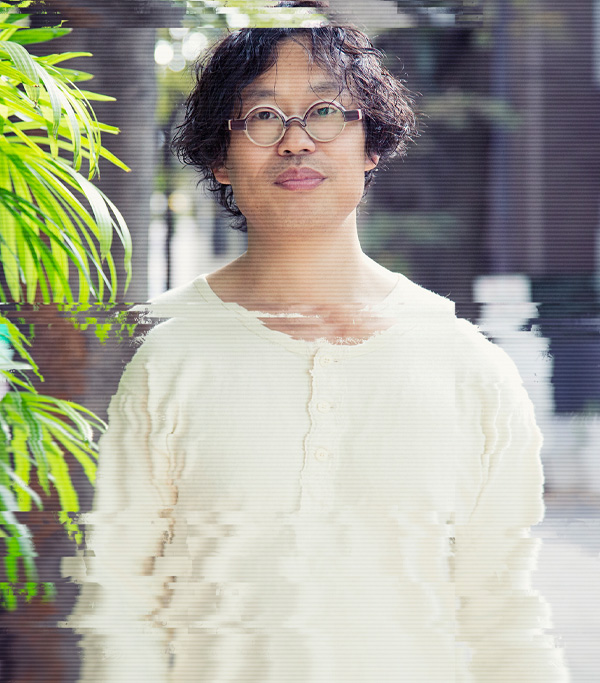 I’d like to share these kinds of ways and ideas with you. We are going to start by observing how you can be affected by the imagination you have, or how it moves your body through certain workshops. And we are eventually going to try to build fictional imaginations, such as when you are given some lines to say, trying to develop your imaginations to make movements more interesting.” 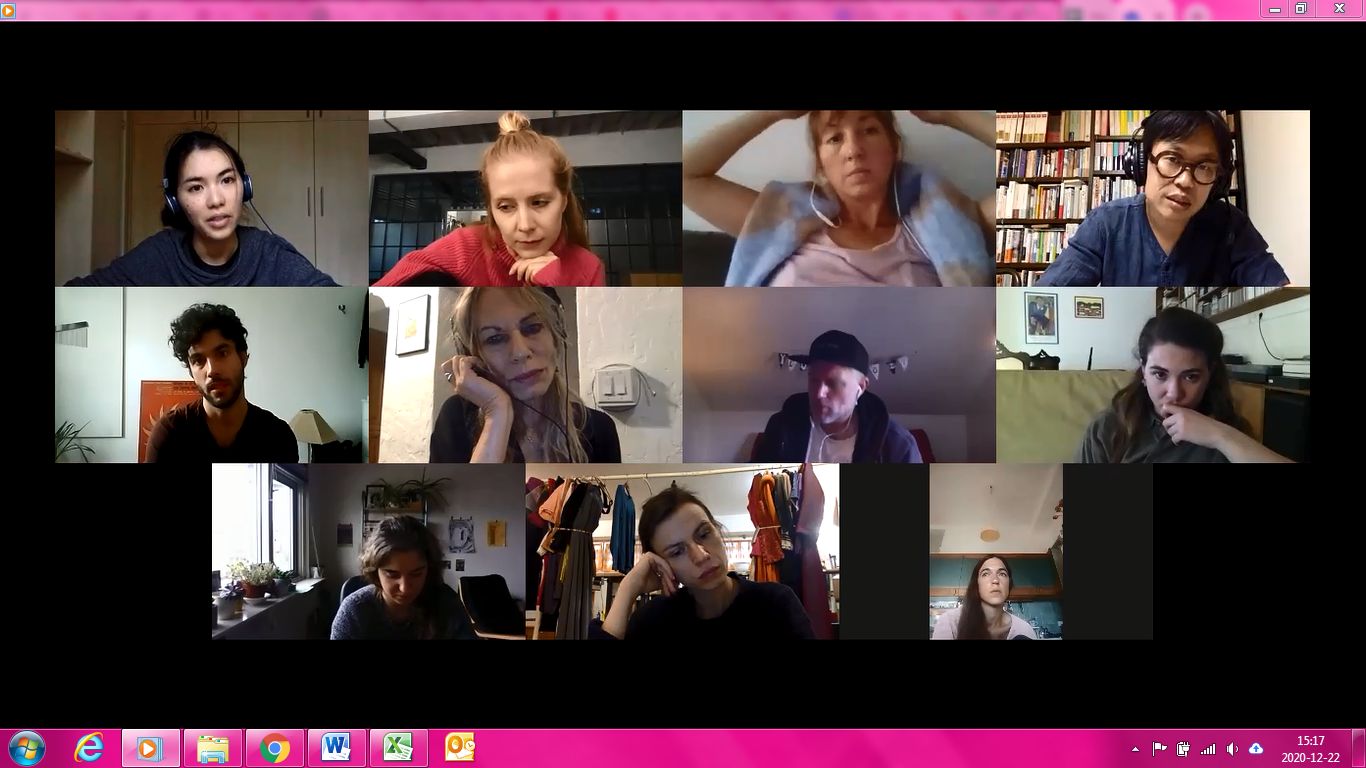 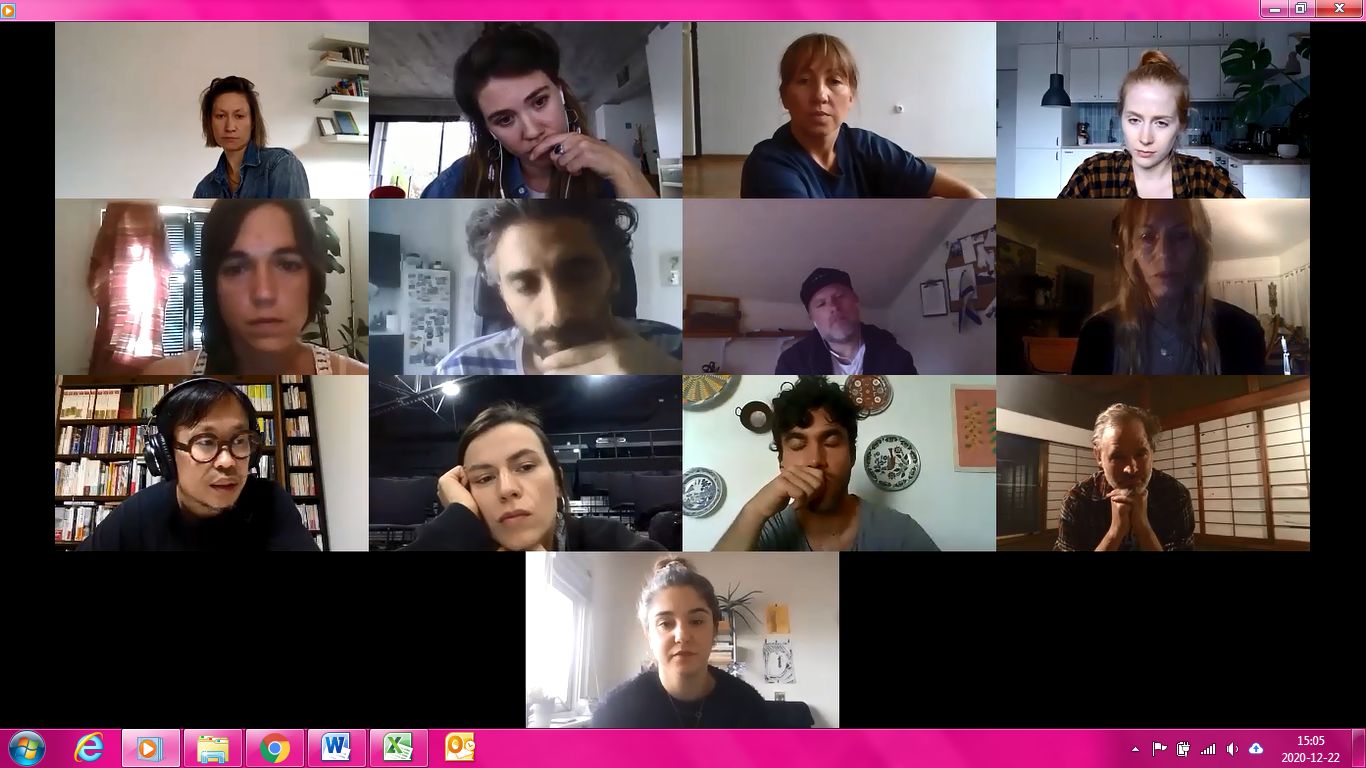 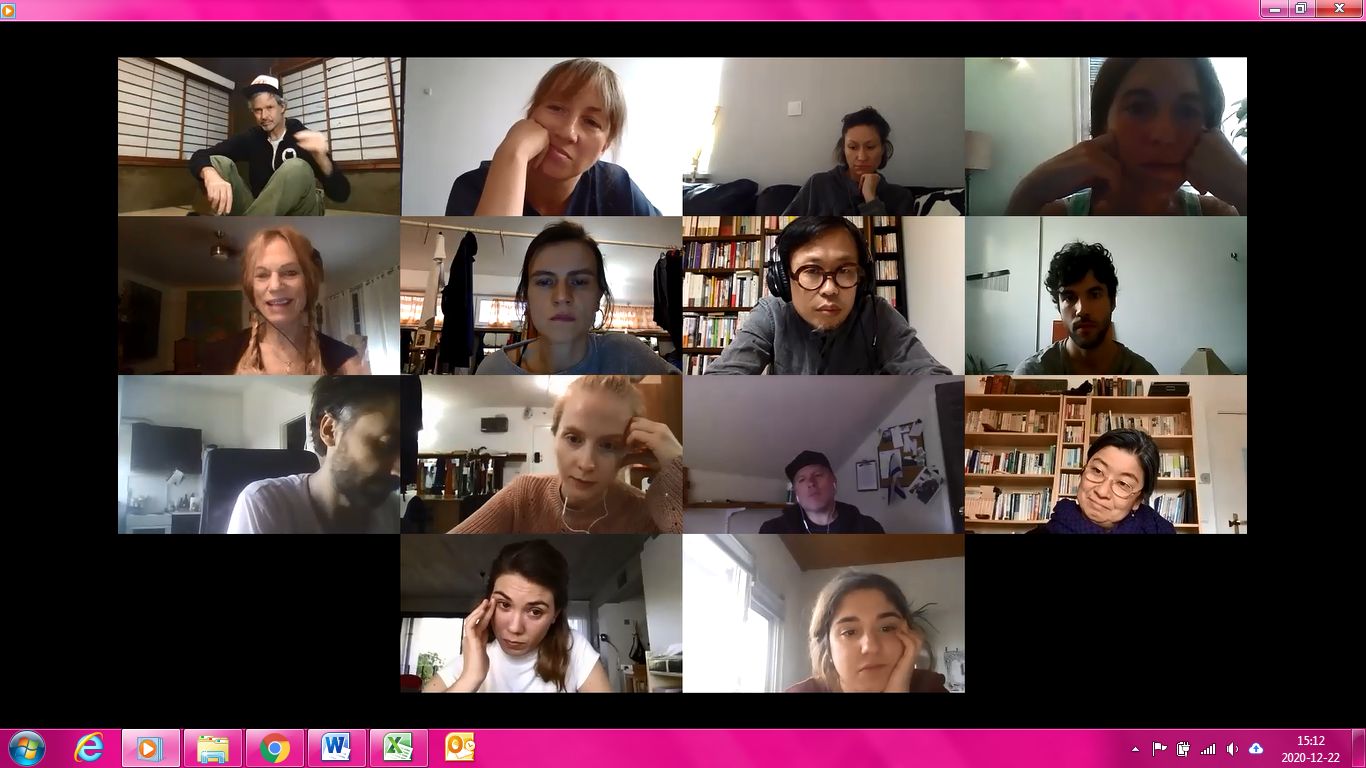 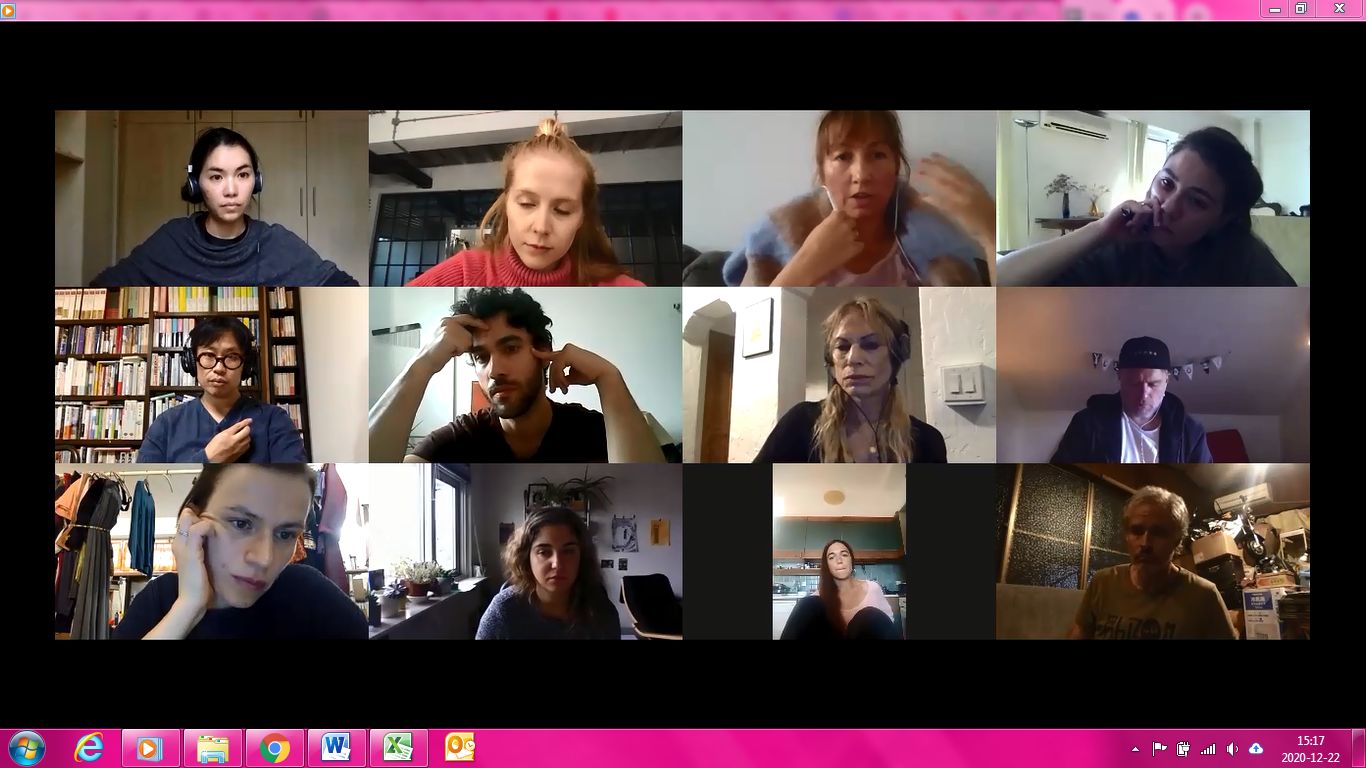 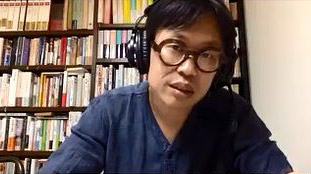 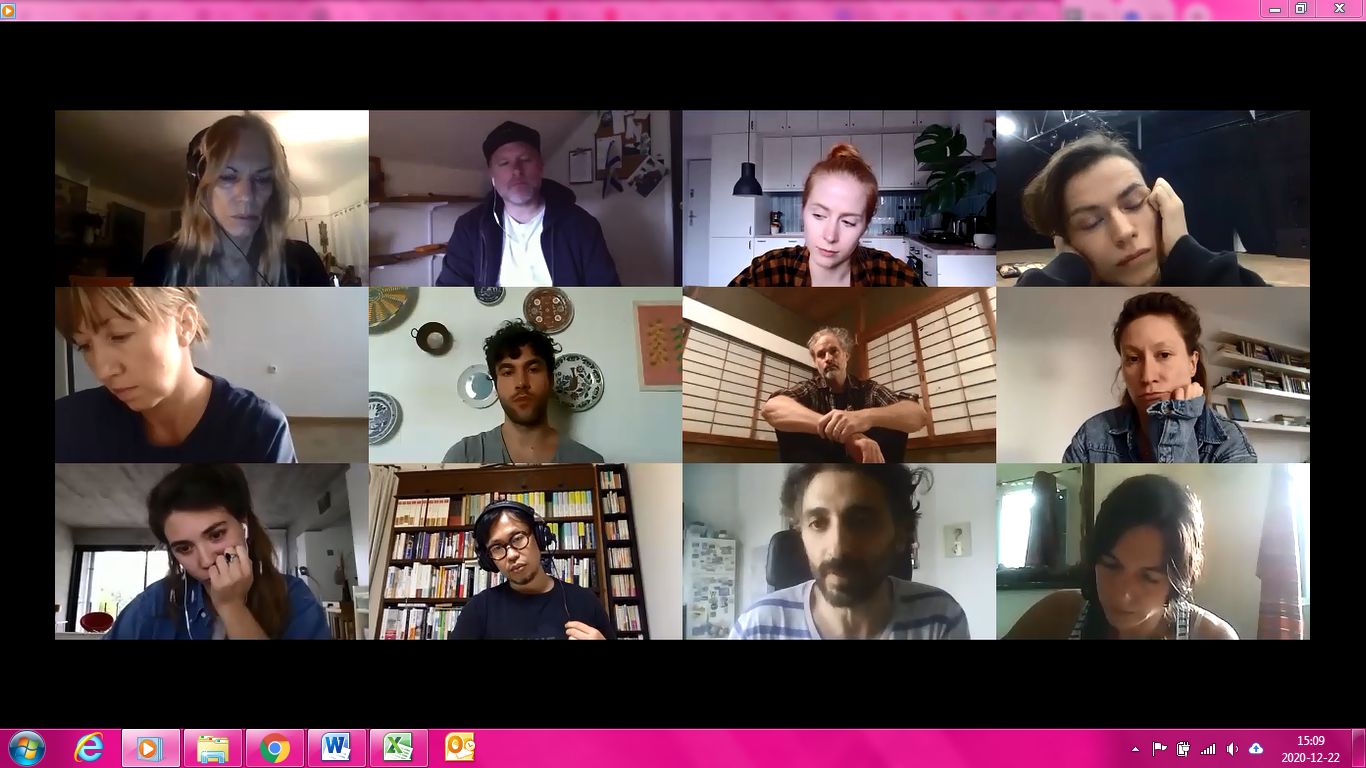 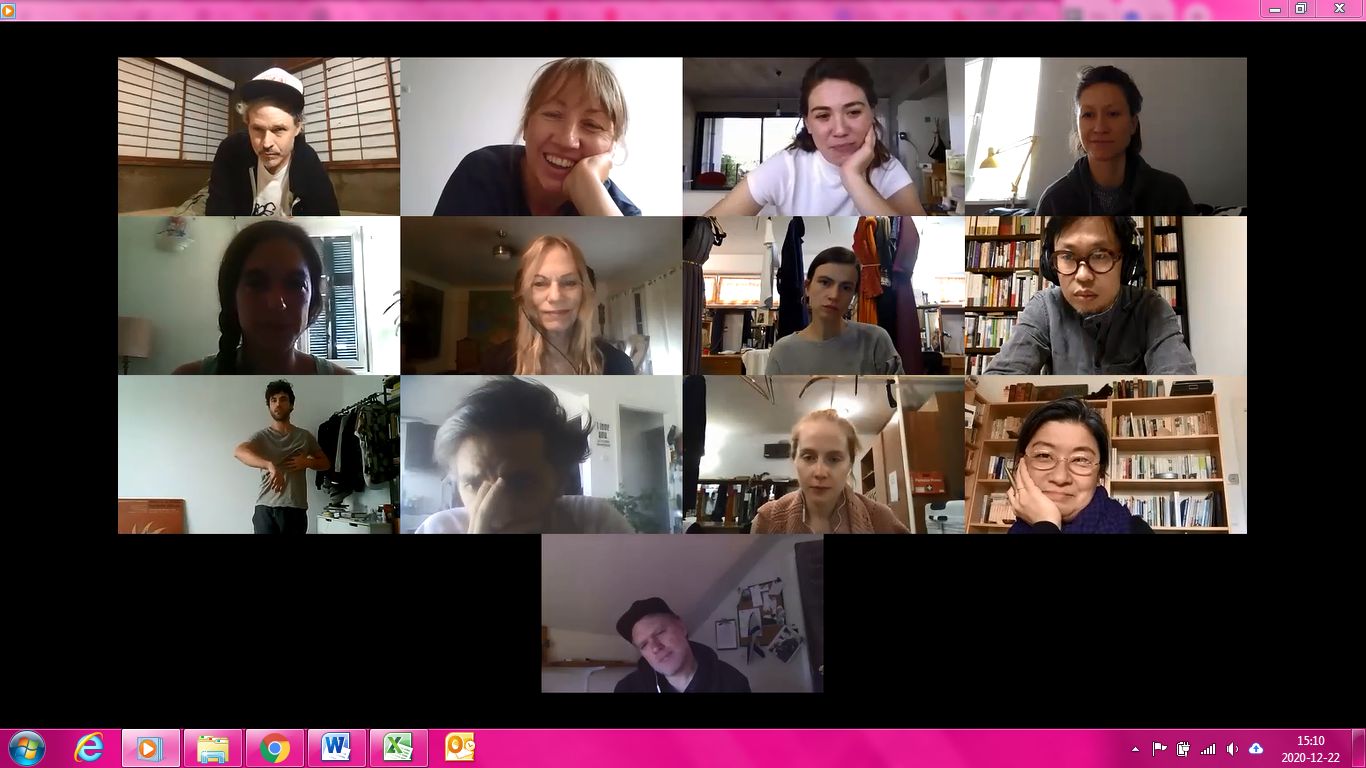 Is an innovator of form and a key figure in Japanese contemporary theatre, and one of the world’s most recognized theatre-makers of today as well.

Born in Yokohama in 1973. Playwright / Director / Novelist. He formed the theater company chelfitsch in 1997. Since then he has written and directed all of the company's productions, practicing a distinctive methodology for creating plays, and has come to be known for his use of hyper-colloquial Japanese and unique choreography.

chelfitsch made its debut abroad with a performance of Five Days in March in 2007 and has since performed works in more than 70 cities around the world.

With that show the company began to juxtapose a noisy choreography derived from everyday mannerisms to the text. They continue to develop its distinct methodology, which revolves around the relationship between speech and body. Toshiki’s performances emerge on the basis of a specific trial-and-error methodology, whereas the surprising and also exciting expressiveness in his performances functions as a humorous pas de deux in a fluid arena of theatre and dance elements.

What makes Okada’s work so unique is the astute way in which it captures the times. He questions what it means to be in the ‘now’ and how to adequately articulate this in (his) theatre. In his theatre, past, present and future are interlaced.

Toshiki Okada belongs to the new generation of Japanese directors whose work conveys a predominant preoccupation with contemporary Japanese society, its pitfalls and shortcomings.

In 2016, he began a commission to direct works in a repertory program at the Munich Kammerspiele, one of foremost public theaters in Germany, for three consecutive seasons.

Meanwhile, he is engaged in the creation of works by the new technique of "video theater”.
https://chelfitsch.net/en/﻿

“In What Time Do We Live?
Time and Distance in
The Work of Toshiki Okada”

Okada effectively staggers words and gestures and overstresses the glitches, (involuntary) movements, and awkward postures people tend to produce while speaking. He probes the boundary where common patterns of speech and gesture turn strange. Rather than to split their “consciousness,” or their focus, between spoken lines and bodily movements, he asks his performers to concentrate on the image or idea that, he asserts, comes before both words and gestures. (…)

The corporeality is awkward but there is an authenticity to it. Movements reference everyday actions and are bound up with the individuality of the performer. By desynchronizing speech and gesture, Okada puts into relief both aspects of communication, and calls attention to the indissoluble connection between them as well as to the power language tends to exercise over the body.

For Okada, this approach in the first place reflects reality. He posits that we are not very articulate in everyday life and that our words and gestures rarely directly correspond. However, there is a sense of excess in both. Words keep on coming in an unstoppable flow, and sentences remain unformed or unfinished. Gestures are blown up, disproportionate, and mismatched. This slippage produces an uncanny and humorous effect, as well as an attractive and fascinating rhythm.